The MOST Space Telescope

The first space telescope entirely of Canadian designed and construction 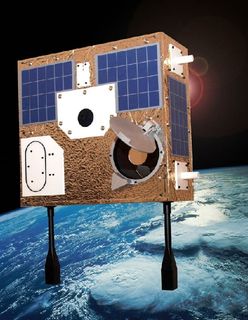 The MOST Space Telescope (which stands for Microvariability and Oscillation of Stars) was launched into space in 2003. It is the first Canadian scientific satellite in orbit in 33 years, and it is the first space telescope to be entirely designed and built in Canada.

MOST is a small telescope dedicated entirely to asteroseismology, which is the study of star vibrations (pulsations). There is a great interest for studying stellar vibrations because they allow scientists to obtain information about the internal structure of a star, and thus about its size, mass and composition.

The projected was initiated in 1996 by a group of researchers: Slavek Rucinski of Ontario’s Centre for Research in Earth and Space Technology, Jaymie Matthews of the University of British Colombia, Tony Moffat of the University of Montreal, and Kieran Carroll of Dynacon Enterprises. In 1997, the Canadian Space Agency agreed to finance the project and Jaymie Matthews was named Principal Investigator and Mission Scientist.

About the size and shape of a large suitcase, the satellite weighs only 54 kilograms and is equipped with an ultra high precision telescope that measures only 15 centimetres in diameter (thus the nickname "humble space telescope"). Despite its diminutive size, it is ten times more sensitive than the Hubble Space Telescope in detecting the minuscule variations in a star’s luminosity caused by vibrations that shake its surface.

The telescope will complete one orbit around the Earth every 101 minutes by passing over each of Earth’s poles. It will spend 60 days on each star studied. MOST original mission was supposed to last one year and to allow the study about 10 stars, but it is still in operation after more than 10 years in space and was involved in the observation of more than 5,000 stars.

The first major discovery made by the telescope occurred as soon as it became operational. The discovery was that Procyon, one of the most studied stars, shows no pulsations at all, which contradicts 20 years of ideas and observations, and forced astronomers to rethink their models for stars. 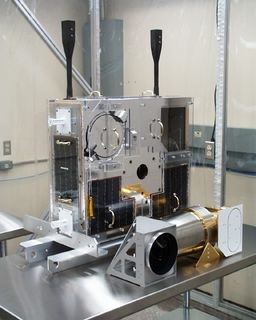 In 2005, MOST was responsible for another surprising discovery: it observed a giant planet that orbits so close to its host star that the star was forced to synchronize its rotation with that of the planet. Normally, it is the other way around: a planet synchronizes its orbit with that of its host star.

In 2006, continuous observation of the HD 163899 star over a period of 37 days confirmed that it is a totally new variable star class, namely slowly pulsating B supergiants.

In 2011, MOST was used to confirm the existence of the 55 Cancri e exoplanet while studying its transit in front of its host star. These observations allowed better knowledge of this exoplanet composition.

Jaymie Mark Matthews explains what MOST is.

MOST stands for Microvariability and Oscillations of STars or Microvariabilité et Oscillation STellaire. It is Canada's first space telescope. It is also the only telescope and instrument in the world – in space or on Earth – that is capable of measuring reflected light from planets orbiting around other stars. MOST was actually designed to study vibrations of stars for stellar seismology, but more recently we pointed it at stars that have mysterious exo-planets (extra-solar planets) around them, and it is giving us clues about the atmospheres of these planets that no one else can obtain. The way it does this is to look for subtle variations in the light coming from these star systems, either from the star itself or from the planet that is orbiting around it. How subtle are these variations? MOST can see changes in the brightness of the star, or the planet associated with it, down to levels of one part in a million: that's one ten thousandth of a percent.