A world expert in galaxy clusters and variable stars, she inspired many women to enter science and helped popularize astronomy in Canada

In 1930, she married Frank Hogg, a young Canadian and fellow astronomy student. In 1931, they moved to Canada where Frank accepted a post at the Dominion Astrophysical Observatory in Victoria, British Columbia. Unfortunately, the depression had hit and Helen was unable to find work. She nonetheless obtained permission to use the observatory’s telescope and was able to pursue her study of globular masses on a volunteer basis. 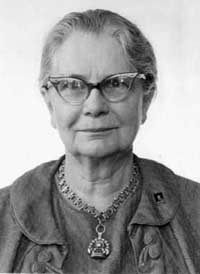 In 1939, she published the first edition of the Catalogue of Variable Stars in Globular Clusters (two other editions were published in 1955 and 1973). Two years later, in 1941, she started teaching at the astronomy department of the University of Toronto.

In 1946, Helen’s husband Frank became Director of the David Dunlap Observatory, a position he would occupy until his death in 1951. When Frank passed away, Helen found solace by writing a weekly column for the Toronto Star titled With the Stars, a task she would continue for the next thirty years and for which she is well remembered. 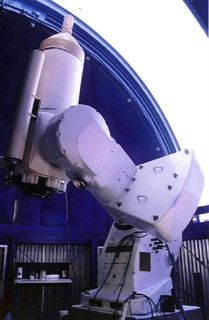 In 1957, Hogg became adjunct full professor in the astronomy department of the University of Toronto. She continued her work on variable stars, which numbered more than 2,000 by the end of her career. The parameters she measured during her research provided a basis for estimating the age of our galaxy and for improving our understanding of its evolution.

In 1970, Hogg hosted her own television show on astronomy. In 1971, she founded the Astronomical Society of Canada and became its first president. She retired in 1976, was named Professor Emeritus, and wrote a popular guide to astronomy titled The Stars Belong to Everyone.

Helen Sawyer Hogg died in Toronto at the age of 92. She had received numerous distinctions for her work in astronomy and for her efforts to popularize the science, including the Order of Canada. Asteroid 2917 was named in her honour.

In 1985, the Royal Astronomical Society of Canada and the Astronomical Society of Canada created the Helen Sawyer Hogg Public Lecture. The lecture, given each year by an invited speaker during the annual meeting of the two societies, commemorates her contributions to public appreciation of the universe. The Canadian National Museum of Science and Technology's observatory in Ottawa is named for her.