A specialist in the study of interstellar matter, he was involved in numerous international research projects

Martin’s doctoral research focused on the study of interstellar matter – gas molecules and grains of dust found between stars – which has remained his specialty throughout his career. He strives to understand its origin and its relationship to stars. To do this, he analyzes and interprets data gathered by telescopes on Earth and in space, and integrates these data into theoretical computer simulations.

During the first 15 years of his career, Martin concentrated mainly on interstellar dust. Subjected to the magnetic fields produced by various celestial objects, interstellar dust tends to align itself in space like a magnet. Any light passing through these particles likewise become aligned (the light becomes “polarized”), and by studying this light, it becomes possible to extract information about the composition and shape of the interstellar grains.

In 1984, Martin became the first person from the astronomy department at the University of Toronto to become a member of the Canadian Institute for Theoretical Astrophysics.

Not long after, in 1987, he became interested in the collisions affecting hydrogen molecules of interstellar gas clouds where stars are born. His contributions in this field have repercussions for our understanding of how the first stars of the Universe came to be. 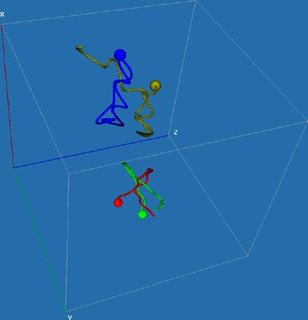 Martin used the Orion nebula as a case study in 1991 to examine the conditions within nebulas and other regions where interstellar matter is concentrated. The results of these studies have improved our understanding of the evolution of galaxies in the Universe.

In 1995, he became a permanent member of the science committee that manages the Canadian Galactic Plane Survey, a project that aims to map a large portion (60 degrees) of our galaxial plane at several different wavelengths using a common resolution. Martin uses the collected data to study the formation of massive stars and the evolution of interstellar dust, as well as its influence on the ecology of our galaxy. 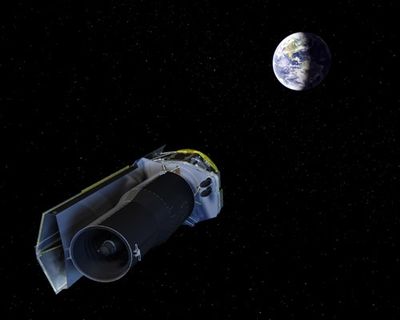 In 1999, Martin was named Director of the University of Toronto’s David Dunlap Observatory. He is currently involved in a number of international research projects, including the James Webb Space Telescope (the successor of the Hubble Space Telescope), the Herschel Space Observatory, the Spitzer Space Telescope, and the Planck space mission.

Martin received the Carlyle S. Beals Award in 1994 from the Astronomical Society of Canada in recognition of his research contributions.

When I was a graduate student, interstellar dust was thought to be largely icy; what one now thinks of as cometary material. But in fact, we found out in the meantime that dust is not that at all. It is more like rocks, silicates and small pieces of carbon, which you might characterize as soot. The other things that we discovered are that there is a wide range of particles sizes: they are not all one tenth of a micron in size. Some are as small as molecules; in fact, there is a borderline area in which you can think of them as very tiny dust grains or as very large molecules. Some of those large molecules are like small sheets of graphite with hydrogen attached to them: we call these polycyclic aromatic hydrocarbons and they can be found in terrestrial counterparts like mothballs, for example. Automobile soot is another good representation of a mix of these compounds.